No More Carry On Campaign

Fly Albury is supporting a national project with airlines, the Australian Federal Police and the Civil Aviation Safety Authority to control offensive and disorderly behaviour.

As Australians begin to take to the skies over the festive break, passengers are being reminded to be respectful to fellow travellers and to airport and airline staff following a recent increase in reports of offensive and disorderly incidents in airport terminals and on aircraft.

Airports and airlines across the country will support the joint campaign ‘No More Carry On’ which plays on the concept that while carry-on luggage is allowed, disruptive or abusive ‘carry-on behaviour’ will not be tolerated.

Those caught behaving poorly you could be fined up to $11,100, placed on a ‘no fly’ list and be denied boarding your aircraft. 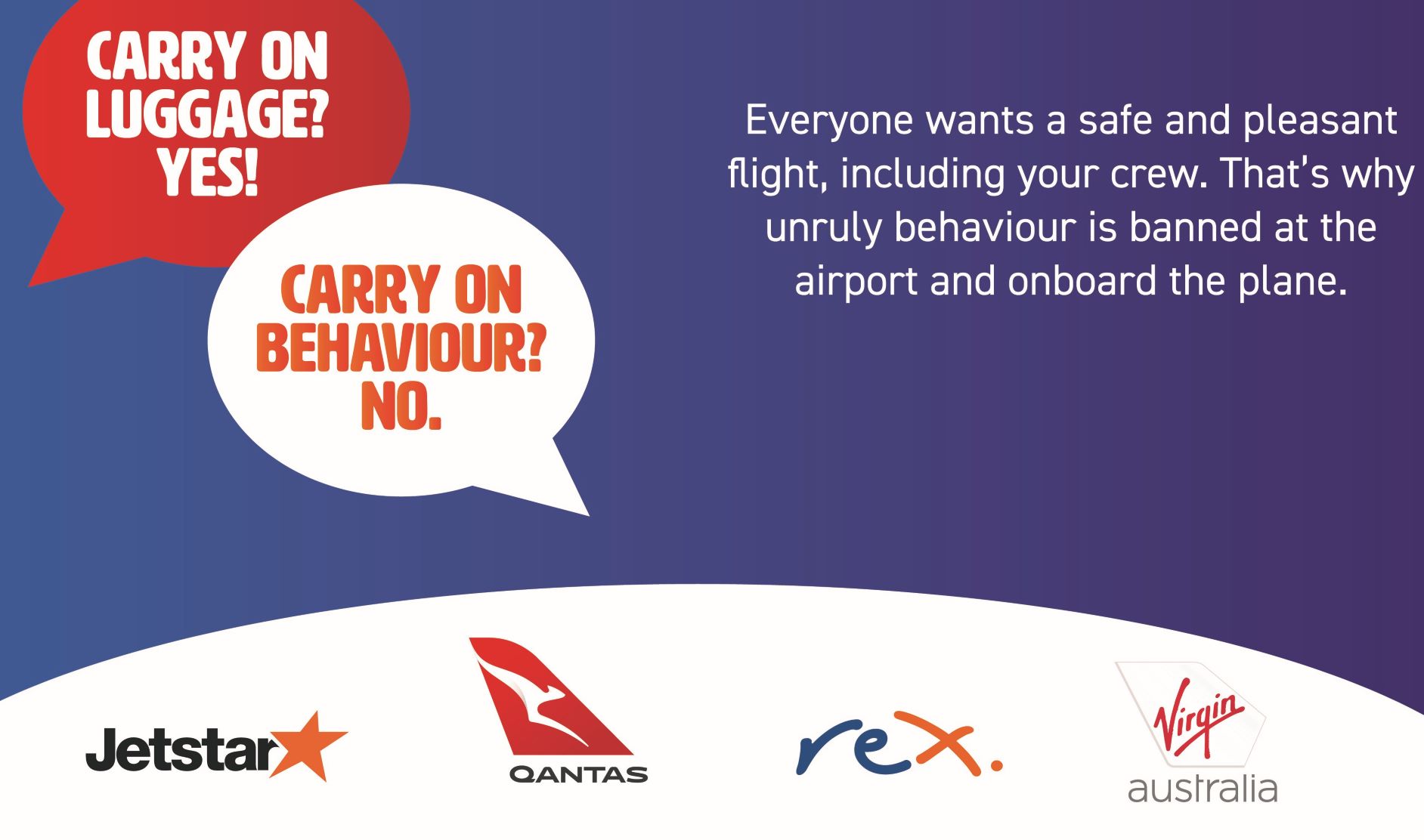 Stay in the know

Subscribe now to receive monthly email updates on activities and events going on around Albury Wodonga.

The Albury Airport acknowledges the Wiradjuri people as the traditional custodians of the land in which we live and work and we pay our respects to Elders past, present and future for they hold the memories, culture, tradition and hopes of Aboriginal and Torres Strait Islander people that contribute to our community.